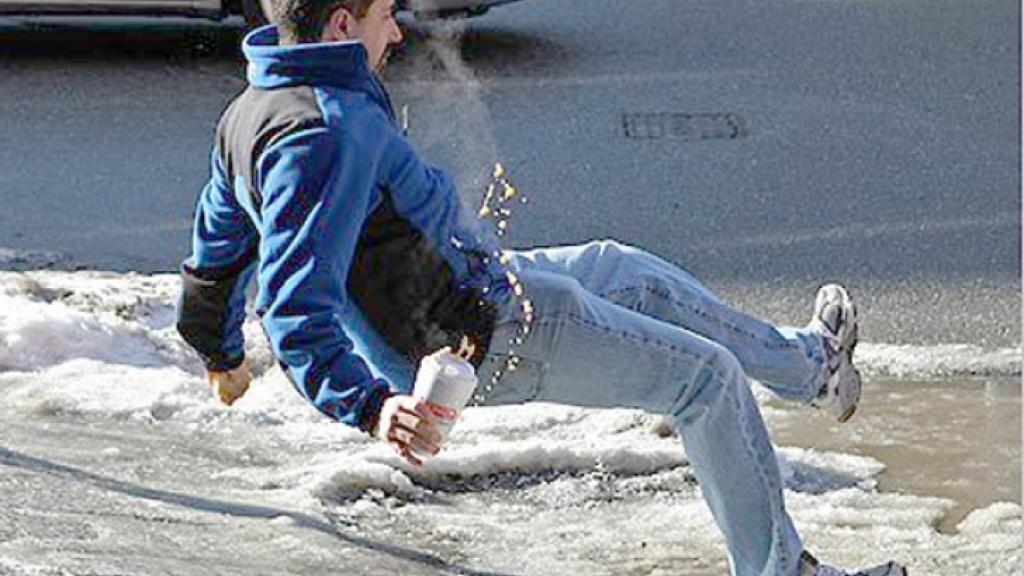 Road salt is often ineffective in extreme cold temperatures and it is also bad for the environment. Researchers at Rise Research Institute are now experimenting with new anti-slipping agents involving similar - but cheaper - compounds as what already is being used at airports.

Viveca Wallqvist, research leader at the Swedish research institute Rise and leader of several different projects related to slipping, are on the verge of being able to launch a completely new compound to combat winter accidents:

"Common road salt is not as effective", she explains, and shows on a can of pinkish salt crystals.

Road salt in the most common way to de-ice roads, side walks and walk ways, even lthough it can damage both plants and dog paws, and only works when it is not too cold.

The issue of slipping and falling for pedestrians and the effect of different chemicals is very poorly explored.

"If you do a literature search on the subject, you almost don´t get anything coming up in your search engine. It is strange that this has not been researched before", she claims.

Better stuff is out there

The road salt is used because it is cheap, and because it has a long standing tradition. But there are much more efficient and environmentally friendly stuff out there already.

"At airports, a substance called potassium formate is used, or salt of formic acid. It's much more efficient, so the aircraft rarely ever ever slip. But it is much more expensive, maybe nine times as expensive as normal road salt".

The formic acid salt is not hazardous to the environment, and her tests have shown that it works perfectly even down to minus 15 degrees Celcius. But it works best if it is mixed with other ingredients.

"Humanity has fought against slipping since time immemorial, and people have used whatever they had nearby: There´s for instance sugar from a sugar mill, and there is also lignin, which is a substance from trees", she explains.

Different substances have different properties in terms of melting ability, dispersion and how long it stays on the substrate. Therefore, she and her research group have investigated whether it is possible to find the optimal anti-skid solution by mixing together different components.

"The Swedish Transport Administration is paying for the project", says Viveca Wallqvist.

"We have systematically tested various mixtures and concentrations of formic acid, sugar and lignin, and measured in a calorimeter", she says and shows an advanced machine where small samples can be analyzed in detail based on different properties.

The result is a new  "super mix", which she would now like to test on a larger scale.

Used as a preventative

The idea is that the solution would be applied in advance so that the walkways are pre-treated for slips and falls, she explains.

The trick for the compound to work as a prevention is that the snow must be removed first. Then, no hard surface of ice will ever form.

More expensive initially for municipalities - but cheaper in the long run

There will be better ways than the old common saline solution, she says, but it can be a little more expensive for the municipalities.

Nevertheless, the overall social and economic gain of reducing the slip injuries of the pedestrians is enormous, ”says Viveca Wallqvist.

"Fall injuries (in Sweden alone) cost between 2 and 2, 5 billion Euros per  year according to MSB's calculations, and one third of them happen outdoors. People die from broken hips and thighs, while the airports are completely clean from slipping".

Even so, there has not been any major rush from the municipalities to get in on the tests . Only some, such as the citites of Umeå, Luleå and Malmö have shown interest in new methods.

"We are rebuilding a garbage truck into a salting machine that can be controlled remotely", says Viveca Wallqvist.