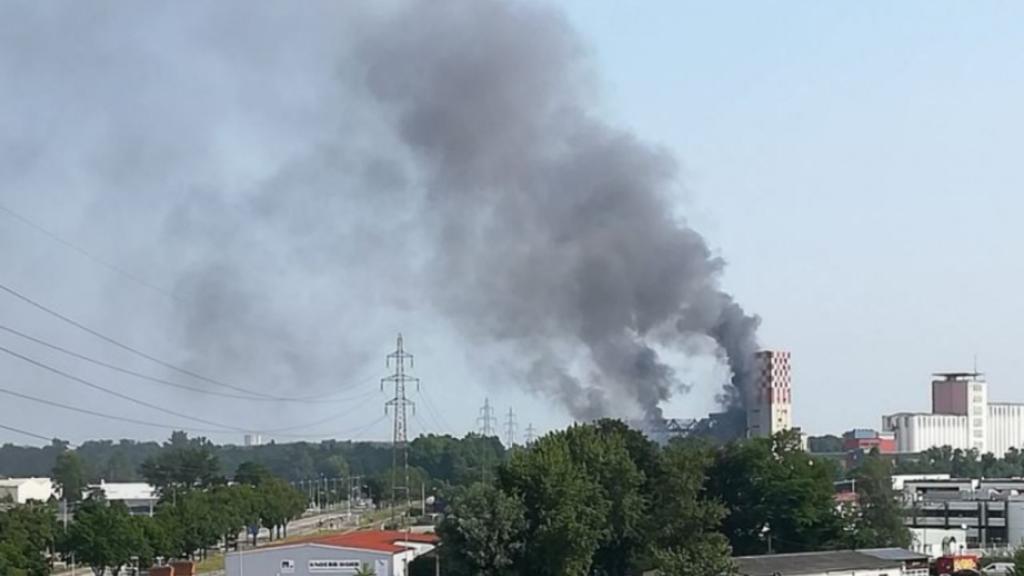 Four people were injured in an explosion in a silo in Strasbourg, France. The police urges the public to avoid the area.

The explosion occurred in a grain silo in the Port-du-Rhin district of Strasbourg.

Eleven people are reported to have been on site, of which four have been injured. The injured victims have been taken to hospital.

"We heard a huge explosion. The windows shook and the police have shut down the traffic, it continues to burn, says a witness to France Bleu.

About 70 firefighters are fighting the violent fire that broke out on the site after the explosion. A large smoke pillar could be seen rising from the silo complex.

It was not immediately clear what caused the explosion and fire in the silo,  located on the banks of the river Rhine, on the border with Germany.

The site is owned by agricultural cooperative Comptoir agricole. Local grain brokers said it had a storage capacity of 40,000 tonnes.

The owners, Comptoir agricole, declined today to comment about the incident.

France is the European Union’s largest grains producer and exporter. The Rhine serves an important route for transporting grain from eastern France to other northern European countries like Germany and the Netherlands.