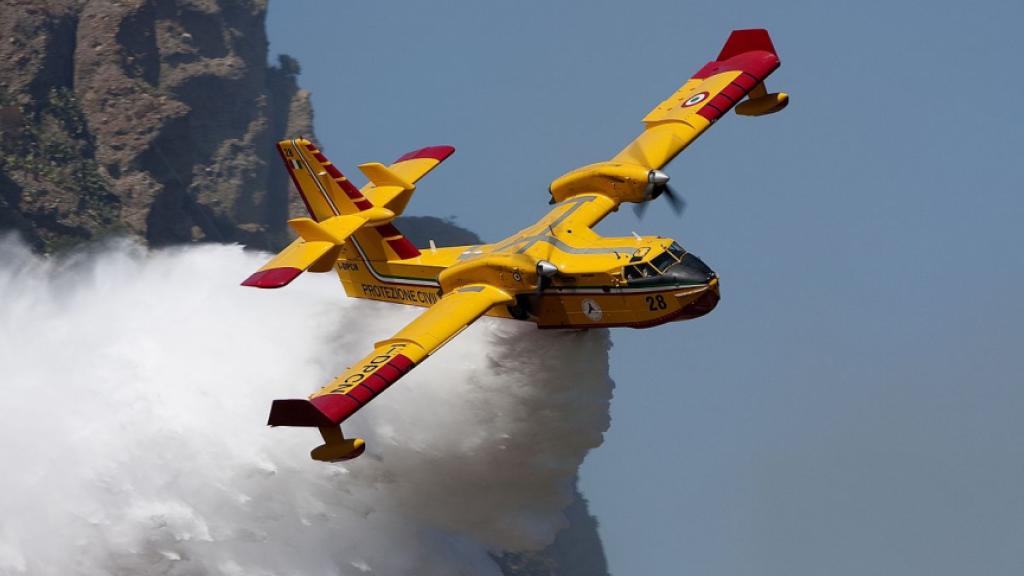 The first of the large water bombers arrived on Sunday. Trains have been cancelled due to forest fires and over the weekend, one wildfire raged near the Stockholm-Arlanda international airport.

At present, there is a great danger for forest fires in large parts of Sweden. The Civil Protection and Emergency Agency, MSB, has therefore requested firefighters from the EU - in order to act at short notice if the emergency services need support.

Just as last week´s forest fires north of Karlstad and in Sala were under control, a new forest fire developed close to Kristinehamn in western Sweden on Saturday.

The latest  of the large forest occured between Björneborg and Bäckhammar south of Kristinehamn. The fire was still not under control at 20.35 local time on Saturday night.

"We have around 40 people in place and  a helicopter is water bombing the area and another is on its way, says Mattias Långström, Fire Inspector at Bergslagen's Rescue Service, to TT.

"Thanks to EU cooperation, we have further strengthened the preparedness in Sweden so that short-term resources can be added if needed," said Dan Eliasson, Director General at MSB.

- Should we have a serious fire, it is important to quickly get the help in place. Because the danger is imminent, it is important that we have a national preparedness that can respond if anyone needs support, "said Jakob Wernerman, Operations Manager at MSB, in a press release.

Firefighters and their crews come from Italy, and are part of a EU cooperation project in order to be prepared to handle serious accidents or crises.

MSB writes in a press release that it is unusual to secure an international resource that has not yet been requested.

But previous experiences, including the extensive forest fires in Västmanland 2014, showed the importance of rapid and powerful action, writes MSB.

Dan Eliasson, Director General of MSB, is pleased with the new reinforcement.

"Thanks to EU cooperation, we have further strengthened the preparedness in Sweden so that short-term resources can be added if needed. Of course, I hope we do not need to use them, but if a big fire nevertheless occurs, time is a crucial factor, he says.