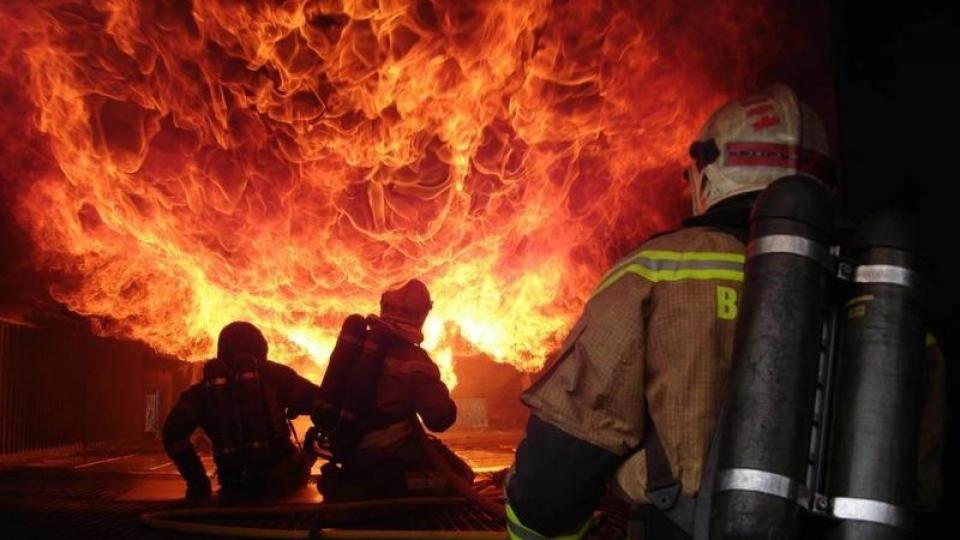 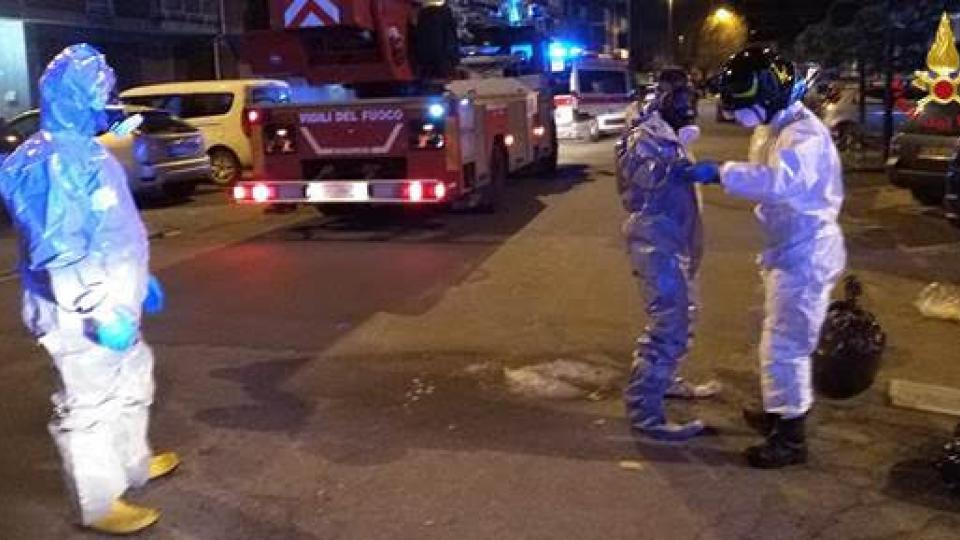 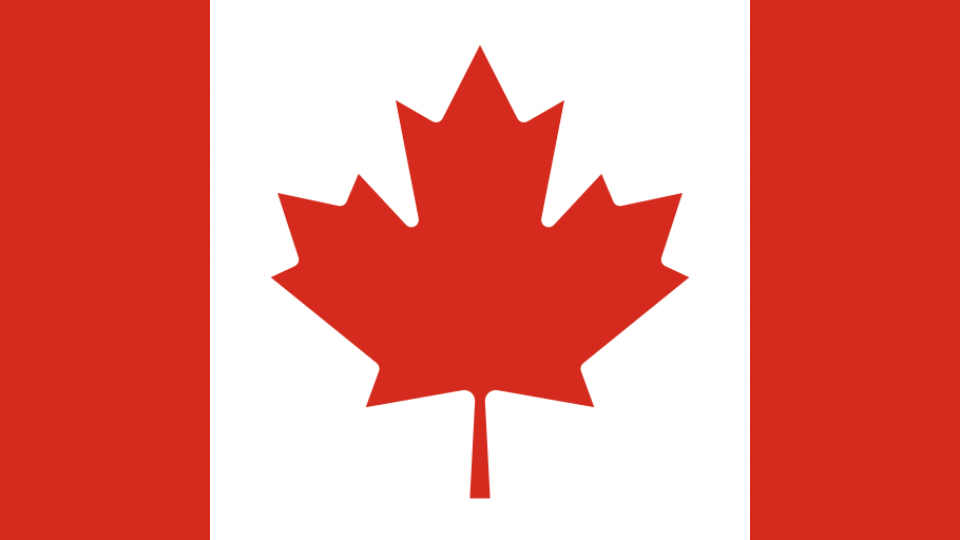 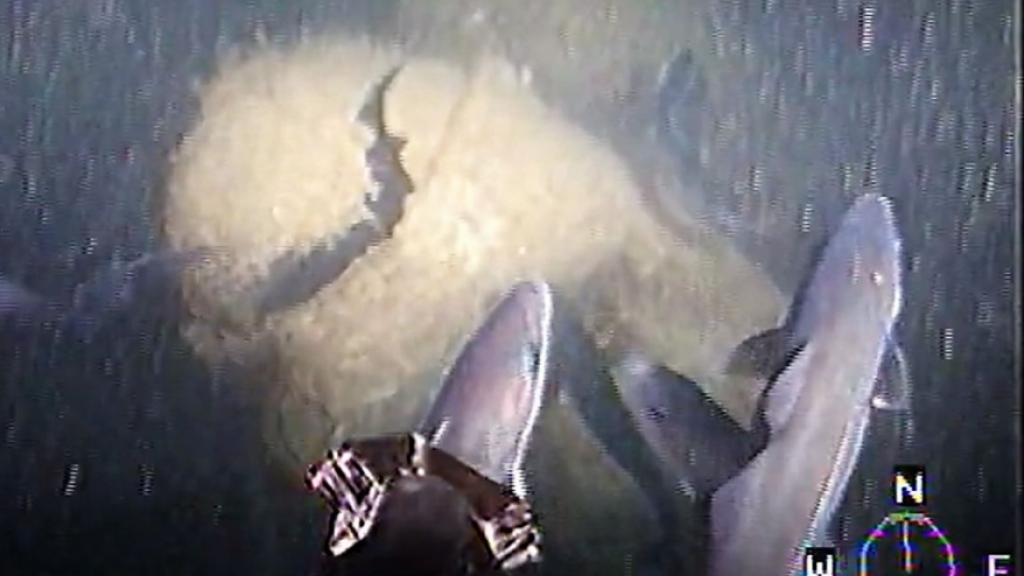 Photo: Fish passes above a bomb where the shell is eroded at the wreck outside Måseskär. Stock Photography.
Photo by the Swedish Maritime Administration / TT

Fishing vessels trawling near old dump sites from WWII risk tearing up bottom sediments and stirring up residues of old sunken chemical weapons, which are then propagated with water streams, Swedish media reports.

Several experts want to see a fishing ban, but such a decision must be made at EU level.  Also there is a powerful fishing lobby who would strongly oppose such a ban.

On the bottom of the ocean, justoutside Måseskär on the west coast of Sweden, an estimated 20,000 tonnes of chemical weapons are packed in wrecks which were  sunk by the Allied Forces by the end of the war.

Mostly, it´s mustard gas, which, despite the fact that the bomb shells are largely eroded, remains in semi solid form in the bottom sediment, thanks to the low temperature.

Other chemicals pose greater concern. In particular, the arsenic that the mustard gas was once mixed with, to make the gas function even in wintertime, is now spreading from the containers.

"The highest arsenic concentrations are directly downstream from the dumping area," says Anders Tengberg, Technical Expert on Underwater Surveying at Chalmers University of Technology in Gothenburg.

Spread with the currents

This is because the dump site outside Måseskär during the season is frequented by fishing vessels, as the ship wrecks offers structures the fish enjoy - unlike other oxygen-poor waste sites in the Baltic Sea.

When the trawls pass by the wreck, it swirls between reservoirs and sediments, and particles rise as high as 50 meters above the ocean floor and are transported 10-20 kilometers with the currents.

The damage in the area is worrying, and experts in several disciplines wish to see a local trawler ban.

From the Swedish government, it is possible to issue a ban, but such a ban would only effect  Swedish fishing boats. For fishing boats under other countries´ flags, it would still be allowed to trawl. . An all-encompassing trawl ban must be issued by the EU.

Ban a case for the EU

- Everything is decided in Brussels, as Member States have left their fishing rights in these waters. If there is evidence that chemical weapons pose risks to health through fishing,  then it will be a matter for the EU to centrally determine how this can be limited, says law professor Said Mahmoudi.

Similar problems have been encountered by Anders Tengberg's German colleagues. It is an area of the sea area near a seaside resort in Kiel, where a large number of explosive bombs were dumped in a relatively small area.

The worry is that trawling ships might cause the unstable pieces to detonate, which would pose risks to people and surrounding buildings. To prohibit trawling in the area should be simple, were the German´s initial attitudes.

- But it did not work. Politically, this is extremely sensitive. The fishing industry is strong, says Anders Tengberg.

The northern sea will never be free of chemicals

When the Nazis  were defeated, US, British, French and Soviet troops found a total of 300,000 tonnes of chemical weapons in German ockupied areas. They needed to quickly get rid of the weapons, partly to demilitarise, partly to prevent them from getting into unruly hands. Therefore a large proportion of these bombs were dumped at sea. Most of the dumpings took place in the wake of the end of the war, but continued on a smaller scale well into  the 1970s.

Swedish authorities now further plan  sampling in the North Sea to create a better idea of which wrecks contain chemical weapons and to what extent the leaks affect the environment.

Another aspect is the fact that poison passes into the food chain through fish. According to Finnish lab tests, the measured poison levels in fish caught at the wrecks are at such a low level that they are not considered harmful to humans.

"But even if it's about small concentrations, we do not want chemical weapons to end up on our dining tables," says Fredrik Lindgren, investigator at the Sea and Water Authority.

Chemical weapons dumped in the sea during World War II remains a problem for subsequent generations. Salvaging all of the wrecks and lift them to the surface is impossible - practically as well as economically - and researchers are now working on developing a tool for determining which cases are meaningful to address.

It' concerns hundreds of thousands of tons of mustard gas, arsenic bombs and a host of other toxins collected by the winning countries after the war and dumped at various locations in the Baltic and the North Sea.

At the time it was considered a reasonable action. Over 70 years later, the shells have eroded and the chemicals are leaking to varying degrees, which can be traced to fish and other aquatic organisms.

The degradation substances from different toxins hurt the fish´ DNA and make them sick, but according to Martin Söderström, the measured levels in food fish are so low that they currently do not pose a significant danger to humans.

"But it can change and you can understand how this can climb up in the food chain."

In the areas outside of South Norway and the Swedish west coast, dumping was mainly done by the United States, which often lowered the entire vessel with chemical weapons inside.

In the Baltic Sea, it was the Soviet Union, which, threw the units overboard one at a time.

At some dump sites, for example in Bornholmsdjupet outside Denmark, the reservoirs lay one to two meters down in the dune and several reviewers say it is best to leave the chemicals be.

Lifting the wrecks is an advanced multi-step process. The chemicals together with sediment should be redeployed in new containers and shipped inland to be destroyed. Today, there are special facilities in Germany and Belgium, but shipping of chemical weapons is surrounded by heavy restrictions, which means that mobile disposal facilities are more likely to move closer to the port areas.

"This is extremely expensive," says Jacek Beldowski, adding that no country alone can bear the costs.

He also points out that the question of liability is diffuse. The dumping took place as part of the Potsdam Agreement in 1945, and many of the countries of the past, such as the Soviet Union and Nazi countries, no longer exist.

After World War II, the UN established a fund where individual countries could apply for support for mine clearance.

- It lasted for many years. Perhaps we will have a similar initiative for this, he says.