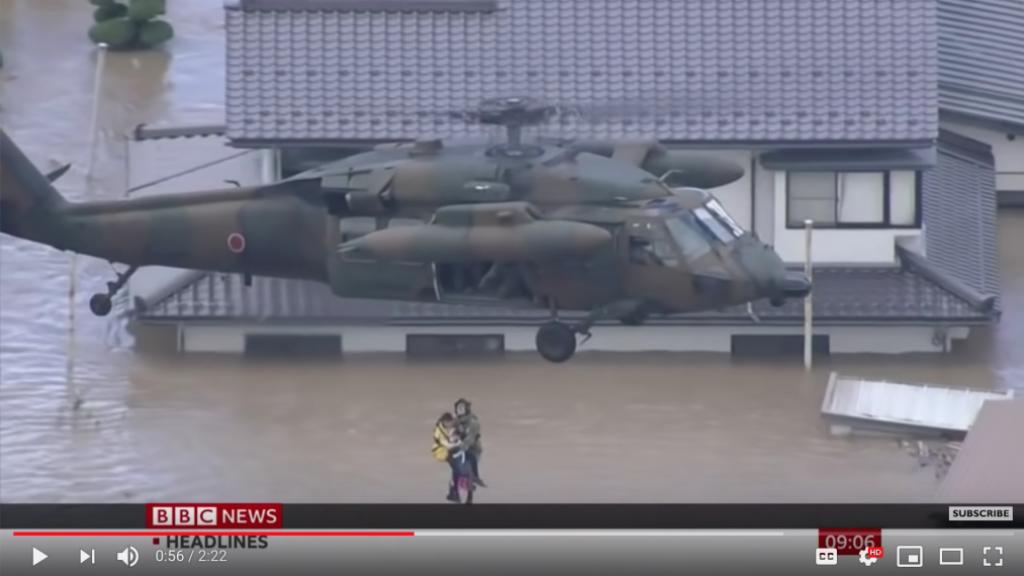 50 dead after devastating typhoon in Japan

Typhoon Hagibis hit Japan over the weekend with almost one meter of rain in some areas. The storm caused heavy flooding in the region around Tokyo, as well as further inland.

More than 110,000 personnel have been involved in search and rescue operations.

Japanese public broadcaster NHK reports that the death toll from the storm is now at more than 50 people.

That number of dead could rise further as the water continues to recede from residential areas. Some building flooded up to the roofs  after the storm caused rivers to overflow, break through levees and cause muddy water to rush through neighbourhoods.

Tens of thousands of military personnel were called in to help rescue people who have been trapped by mud and water by raft and helicopter.

The typhoon named Hagibis is the most powerful to hit Japan since a record-setting storm that killed hundreds of people in 1958.

The ultimate cost of the storm will likely be clear for weeks or months. Overall global costs from hurricane and typhoon damage have risen in recent years, mainly because of a combination of more frequent and stronger storms, rising sea levels and also to some degrees because of global development along vulnerable coastlines.

Atlantic hurricanes in 2017 caused 230 billion USD in damage, mostly in the United States. According to the global reinsurance giant Munich Re., last year, typhoons in the Pacific caused record amounts of damage in Asian countries, reaching up to 30 billion USD.

A helicopter rescue team helps a civilian from a flooded home. Screen shot from the BBC Youtube video above.