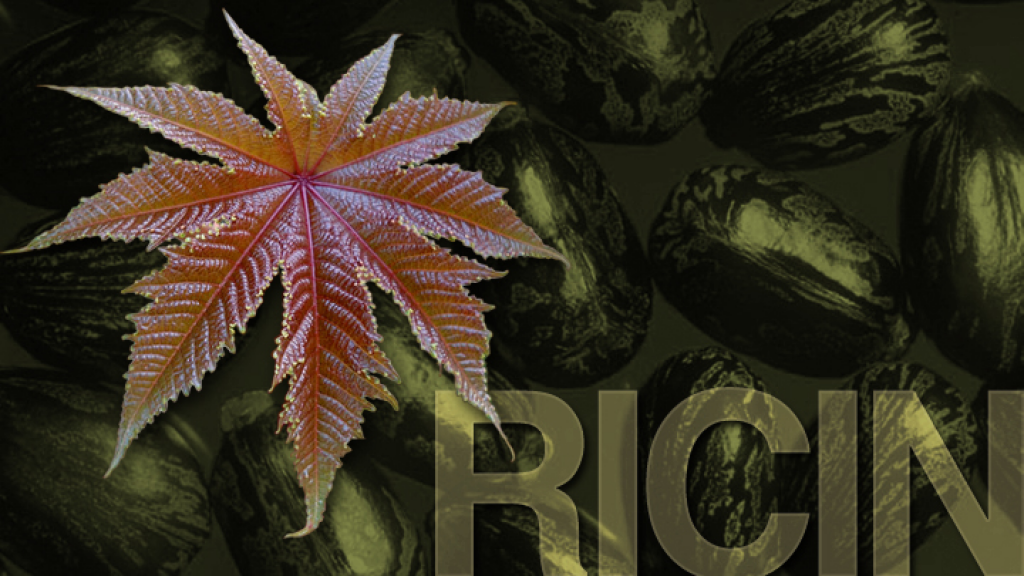 German police confirm that a Tunisian 29-year-old man arrested in Cologne had planned an attack with biological weapons. During a police raid in the man's apartment last week, the toxic substance ricin and other material meant to produce a bomb were found.

Holger Münch, Head of Federal German Police BKA, told the television company ARD that "very concrete preparations" had been made for such an attack.

Holger Münch further said that the authorities became aware of the man a few months ago, and thereafter evidence emerged,  indicating links to the terrorist movement IS.

In article in Bio Ed Online. Ricin - The Chemical and the Threat, the toxin ricin is described as follows below:

"Ricin, one of the most poisonous naturally occurring substances, has a long history as a chemical weapon. Since at least World War I, governments have investigated its use on the battlefield. In September 1978, a Bulgarian dissident, Georgi Markov, was assassinated by a pellet of ricin shot into his leg. There also have been multiple incidents of ricin being sent through the mail. Most recently, in April 2013, envelopes containing powdered ricin were sent to President Obama and US Senator, Roger Wicker. Understanding this chemical, how it works, and how it is used can help to minimize its danger.

Ricin is a highly toxic protein that occurs naturally in seeds from the castor bean plant, Ricinus communis L., a member of the spurge family (Euphorbiaceae). Castor bean plants are native to the Mediterranean area, Africa and India, and are common in tropical regions around the world. The plants are cultivated for their oil and ornamental value, and are found in many locations in the United States. Ricin is found in the seeds, which often are referred to as “beans,” even though Ricinus is not a member of the bean family... Extracted ricin toxin can be made into a powder, a mist or a pellet. It also can be dissolved in water. In these forms, ricin can be used as a weapon.

Because it is a protein (not a virus or living organism), ricin is not infectious. Individuals exposed to it do not become contagious, and the symptoms cannot be spread from person to person the way a cold or the flu can. Once inside the body, however, ricin is able to enter cells, damage the cell membrane, and deactivate ribosomes, thereby preventing them from making new proteins. Ultimately, this leads to cell death.

The physiological symptoms of ricin poisoning depend on the method and timing of administration, as well as the dosage. It is most dangerous when injected, because the poison enters the blood stream directly and rapidly disperses from there throughout the body. Within six hours, the victim may begin to experience symptoms, including general weakness and muscle pain. As the illness progresses, a person may experience vomiting, fever and low blood pressure, all potentially culminating in multi-system organ failure and death.

Inhalation also delivers ricin quickly to the bloodstream, but any quantity of toxin not immediately absorbed can be exhaled and/or diluted. If enough ricin is inhaled, the victim may experience symptoms within about eight hours, including difficulty breathing, fever, coughing, nausea and tightness in the chest. Low blood pressure and respiratory failure associated with this form of ricin poisoning may be fatal.

Ingested ricin is not absorbed entirely by the gastrointestinal tract, so it is less deadly than ricin that is injected or inhaled. However, if enough ricin is ingested, symptoms including nausea, vomiting and sometimes, bloody diarrhea, will appear within 12 hours. The victim will experience severe dehydration and low blood pressure, and possibly seizures. Fatal liver and/or kidney failure are possible within days.

Because the symptoms of ricin poisoning resemble those of other, more common gastrointestinal and respiratory afflictions, diagnosis requires confirmation of exposure through specialized testing. Multiple, similar cases clustered together can help to determine the source.

There are no vaccines or antidotes for ricin. The first step in treatment is to prevent any residual ricin from entering the victim’s bloodstream. Depending on the mode of exposure, steps might include flushing the eyes or administering activated charcoal by mouth to prevent absorption of ricin in the stomach. It is also critical to minimize the physiological effects of the poison. Depending on the route of entry, treatment can include helping the person breath, providing intravenous fluids, or administering medications to control seizures or low blood pressure.

Outside of incidental ingestion of castor beans, accidental exposure to ricin is unlikely. A deliberate act is required to extract and refine ricin, and use it as a poison. That is why ricin exposure is usually viewed and investigated within the context of war or terrorism.

As with any unknown or suspicious substance, it is important to take proper precautions and minimize exposure to ricin. For more information about ricin and what to do in the case of a possible exposure, visit The Centers for Disease Control and Prevention at http://emergency.cdc.gov/agent/ricin/facts.asp or Baylor College of Medicine at http://www.bcm.edu/news/item.cfm?newsID=7056."