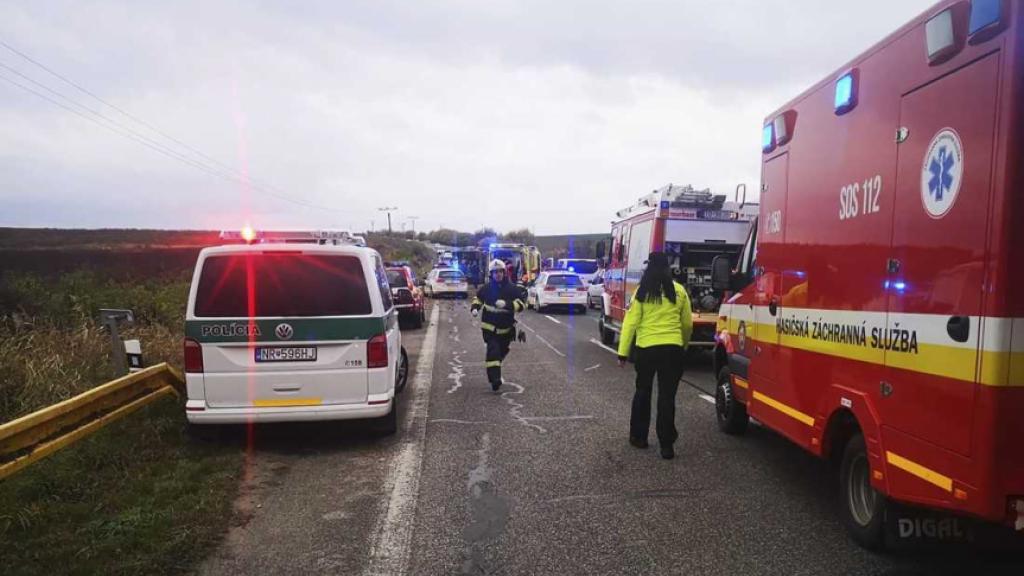 Deadly bus crash in Slovakia - 30 firefighters involved in the extrication

At least twelve people have died in a serious traffic accident in Slovakia. A truck collided with a school bus, and then crashed into a ditch.

The accident occurred outside the city of Nitra, about 90 km east of the capital Bratislava in the western part of Slovakia. It had rained heavily and the vehicles were traveling on a smaller country road without a center rail when the truck drove into the side of the bus.

Most of the passengers were high school students and many were stuck when the bus lay on the side of the ditch after the crash, according to police.

"Most of the teenagers, second-year students, were aboard this line bus from Nitra to Jelenec", says Michal Varga at the rescue service in Nitra to the news agency AFP.

"At least four of the casualties were minors", Slovakia's Health Minister Andrea Kalavska said before a press conference at the scene of the accident.

The Slovak rescue authorities stated at an early stage that 13 people were killed, but later revised this to twelve. 17 people are reported to have been injured.

The truck was loaded with gravel and soil and it is suspected to have been overloaded.

"Around 30 firefighters are on the scene to help the injured," the rescue service announced via Facebook at an early stage of the rescue effort.

Slovakia's Prime Minister Peter Pellegrini says he is canceling his ongoing state visit to Cyprus and is traveling home due to the traffic accident.

The accident is the deadliest in the country since 2009, when twelve people died when a train collided with a bus. 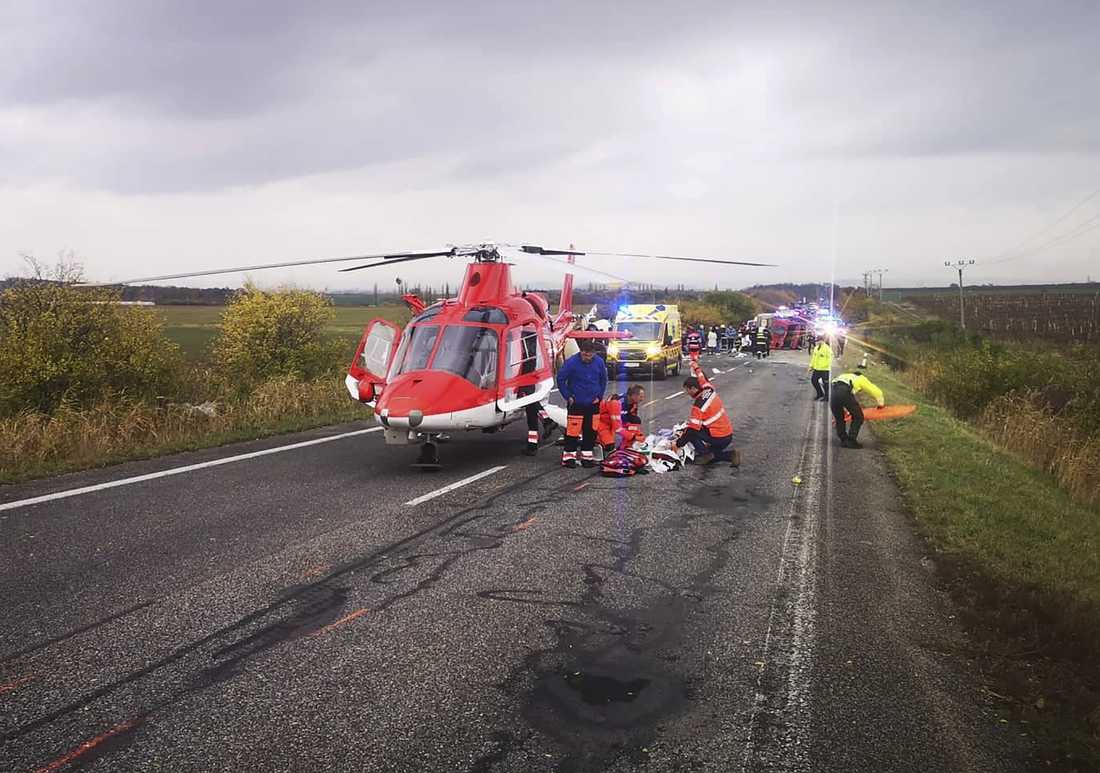